Dialogue Designer 3.0 is out now! 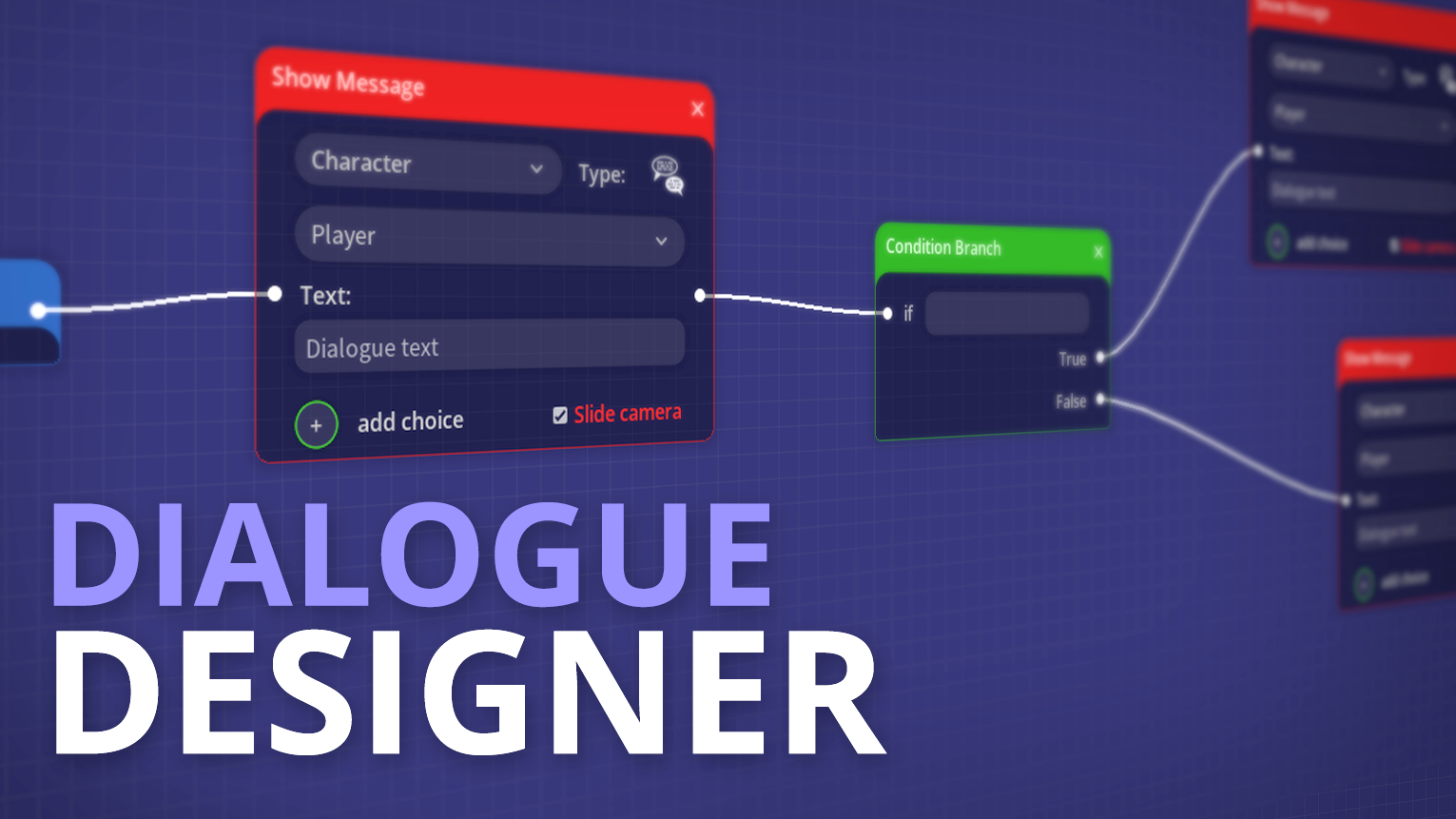 This is the last big update for Dialogue Designer.

And that's a good thing - read text at the bottom :)

This update comes with yet another

It looks sooo much better, don't you think?

Now the editor supports (among others) chinese and japanese characters. This 'feature' can be considered to be experimental, because I couldn't test every single language. If you have problems with your language's special characters, please contact me. In some cases, switching to an older version of the editor might help.

I decided it would be the best option to create the documentation on an Itch.io page, because it would be easily accessible to all of you since, if you're here, you already know how to navigate this site (and also the availability of a discussion board right below it).

The documentation is already quite expansive but I might have missed something important / difficult to understand, so make sure to create a post on the discussion board below the documentation.

- What? Trailer? Now? After months of the editor being released?

Now, in all seriousness, the reason why I didn't post the documentation and the trailer with the editor is because I did not expect how popular and well received it would become. I expected to sell a few copies, and the reality... turned out to be different :P I loved working on this side project and I would gladly do it again.

I'm thinking of making a new, much better version (with more customizability). It would be released under a different name but the basic premise would be the same - non-linear story creation / visual scripting for games. Would you guys be interested in that? Don't hesitate to contact me and tell me what you'd want to see in it.

That's it from me for now! Bye and have a great weekend!

A powerful branching dialogue editor for games. Can be used with any game engine / framework​.

Hi, great tool! How do I report bugs?

Just send me an email at radmattsoftware@gmail.com.